Election of a new FASDSG officer will take place at the annual meeting. The new officer will serve as Secretary for one year, and then serve one year terms as Treasurer, Vice-President, and President over the following three years.

Candidates for the 2019 election: 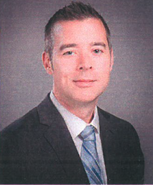 ​Jonathan L. Brigman, Ph.D.: Dr. Brigman received his Ph.D. in Psychology from George Washington University in 2006. Subsequently, he completed a postdoctoral fellowship in the Laboratory of Genomic and Behavioral Neuroscience in the NIAAA Intramural Program in 2011 before joining the Department of Neurosciences at the University of New Mexico, where he currently serves as an Associate Professor.
Dr. Brigman is internationally renowned for his leadership in developing highly innovative murine behavioral assays of learning, memory, and executive function that increase translational potential by allowing more direct comparisons between clinical and preclinical data. He has also led the drive to integrate these preclinical assays with in vivo and ex vivo electrophysiological recordings to elucidate the organization of neuronal firing and plasticity in the brain, gaining insight into how disorganization of these mechanisms underlie behavioral impairments seen clinically, as well as in preclinical models.
Dr. Brigman is rapidly becoming a widely respected investigator within the Fetal Alcohol Spectrum Disorder (FASD) research community, utilizing his knowledge and technical expertise to examine the mechanisms that underlie the behavioral consequences of FASD. Since his arrival at UNM, Dr. Brigman has provided some of the first data using mouse voluntary drinking models to show long-lasting impairments in executive control in mice prenatally exposed to moderate levels of ethanol. Further, he has demonstrated how these executive control deficits are associated with functional impairments in the interactions between cerebro-cortical and striatal neurons. Specifically, PAE offspring show normal leaning but significantly increased perseveration when tested on reversal of visual stimuli. Importantly, these behavioral changes are accompanied by aberrant increases in the number of trial-responsive cortical and striatal neurons and reduced coordination of oscillatory signalling during key phases of reversal learning in which firing rates increase to "drive-flexible" behavior in control animals. His current project seeks to rescue these functional and behavioral deficits by using precise stimulation of cortical projection neurons optogenetically during the early reversal phase. In addition, his laboratory has recently begun to incorporate more clinically relevant recording approaches, such as dura-resting EEG, to examine the effects of developmental alcohol exposure on attention and cognitive control, both common features of FASD that negatively impact quality of life.